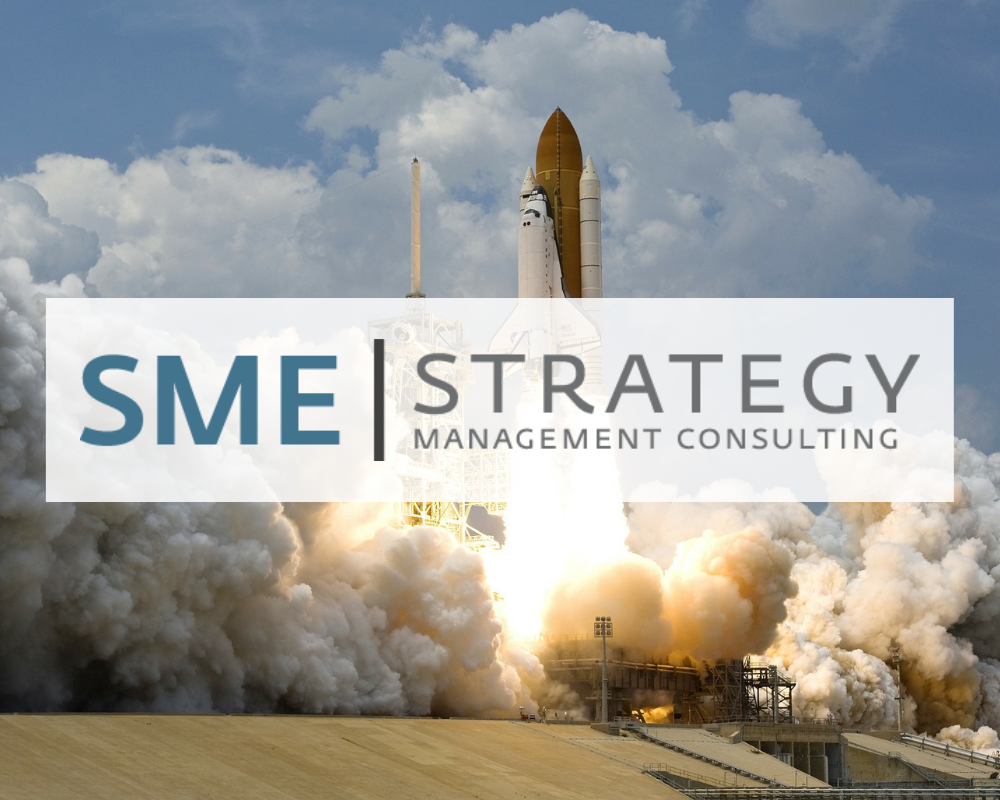 SME Strategy is a strategy consulting company that specializes in aligning teams around their vision, mission, values, goals and action plans. Learn more about how we can help you and your team create a strategic plan with our strategic planning and implementation services.

An immigrant from South Africa, Elon Musk is an inventor, entrepreneur, investor and multi-billionaire. After dropping out of a Stanford PhD program, Musk went on to create and sell his first technology company to Compaq Computer Co. for over $300 million (USD). After that, he and his brother created what we know today as PayPal, before selling to eBay for $1.5 billion in stock. Finally, he had the funds to start a private space exploration company called SpaceX, as well as an electric vehicle company called Tesla shortly after. Along with having an involvement in other companies such as Solar City, Neuralink, and the Boring Company, Musk’s success has amassed him a net worth or over $19 billion.

Ultimately, Musk is devoted to the preservation of both our Earth and the human species, making him an inspiring figure for many in and outside the world of business and technology. Aside from Musk’s many brilliant technological exhibitions, we can learn a valuable amount about business and strategic planning from him.

Each one of Elon Musk's endeavors is paired with a vision and mission more ambitious and far-sighted than the last. His vision for Tesla involves a future of completely sustainable transportation that will leave gas-powered engines behind, while his Hyperloop vision sees customers travelling around the world in a fraction of the current possible time. Meanwhile, perhaps his most ambitious vision is for SpaceX, which imagines people traveling to and from other planets making our species multi-planetary.

Although these visions may seem far from relevant to your organization, they’re great examples of big and aspirational thinking. Employees of these respective companies know where the organization is destined for, so they know exactly what to work towards to contribute to its success. On top of that, an extra feeling of motivation can surely be felt among employees who are working towards something they can’t yet see. Furthermore, with an ambitious vision, it becomes easier for the leader to determine who’s bought-in and who’s a non-believer.

We can help you align your team around a clear vision, mission, values, goals and action plans,

so you can lead your organization more effectively and get better results.

Balancing multiple companies and a ton of travel time, Musk has learned the power of focus to get critical work done. In a famous University of Southern California commencement speech, Musk was quoted saying “focus on signal over noise, don’t waste time on things that doesn't actually make things better”. This means only taking meetings if there is a clear objective, overriding many emails and tasks, and focusing on the most important things first.

The lesson of intense focus is especially relevant for strategic planning. Often, the most difficult part of the strategic planning process is choosing which objectives to focus in on and which to postpone or leave behind entirely. That means taking that list of nine and melting it down to three. By focusing on just a couple areas, your organization will be able to use its resources and people in a more concentrated, effective manner, therefore improving your chances of fulfilling the vision and mission.

Not only does Elon Musk acknowledge the need for failure, he welcomes it. He is on a mission to build upon each failure until he sees success. He then tries to debunk everything thought to be true in order to find more failure.  Part of embracing failure is preparing for it and having a plan for when that day inevitably comes. No organization expects to fail, but this is why scenario planning is crucial to the strategic planning process. It’s important to sit down and really think about each way and at what points your plan could fail. Subsequently, when your organization is faced with failure, nobody will be caught off guard and there’ll be a back-up plan to counter with.

Over the course of Elon Musk's successful career as a tech entrepreneur, he's taught us much about the value of hard work, persistence and vision, including many lessons that relate directly to strategic planning. Demonstrated admirably by his company SpaceX, he's taught us the importance of having an ambitious vision in order to inspire a healthy culture. The power of focus is another lesson learned, which is especially relevant to strategic planning and can be a huge indicator of success. Lastly, Musk showed us the power of scenario planning, which means preparing for different levels of failure and putting a plan in place beforehand.