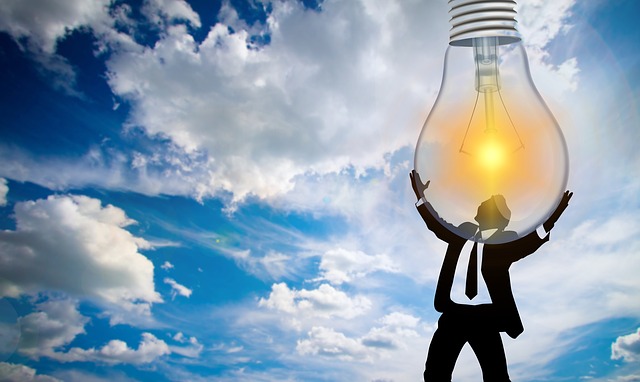 Image from public domain via Pixabay

A few months ago, I was talking to some friends about the importance of soft skills over hard skills. We discussed whether emotional intelligence, presentation, coordination and negotiation skills trump hard, numerical, quantitative skills. Naturally, if you put together a bunch of college kids that are wildly insecure about their independent inadequacies, a conversation like that is bound to lose its substance and end up a painful ego match.

But we need to talk about this - not while brimming with emotion, but rationally, logically and objectively. We’re accelerating toward the future and observing a world of exponential growth and disruptive technology that isn’t just redefining industry trends, but the future of work. Some questions that we need to start asking are: how will we manage the company of the future? What will an attractive employee look like a decade from now? What critical skills do we need for the future? How can companies prepare employees for success in the future?

The Challenges Posed by AI and Trickle-Down Management

Typically, change occurs from the top-down. When people try to figure out what defines success, they often look at what already works and what management normally seeks. But the problem is that what management seeks today is short-lived and doesn’t prepare companies or employees for success in the future.

Well, we’ve all heard the usual buzz around Artificial Intelligence. AI is disrupting most industries and is likely to redefine the scope of many occupations. Several people, including Elon Musk, have voiced reasonable concerns over this. But as the history of automation has shown, while some jobs will be destroyed many new ones will be created.  In a recent interview, Chief Human Resources Officer Srikanth Karra predicted that tasks which are repetitive in nature will get displaced. This includes tasks completed by accountants, hotel receptionists, software testers, analysts and financial reporters. While this might mean that a lot of people could lose their jobs in the short-run, it also means that work will shift from repetitive tasks to more creative tasks.

Narrative Science’s Quill for instance, can analyze raw data and write human-like reports within seconds. What takes hours to days for humans to analyze, consolidate, and produce is now accomplished by AI within a matter of seconds. This doesn’t mean that human productivity will be obsolete in data science – it simply means that instead of spending hours consolidating the data, those working in the field will have the time and freedom to collaborate and figure out how we can use that data to solve grand challenges.

The surprising part about all of this is that despite obvious industry changes, management behavior has remained the same. Believe it or not, the models that were implemented in the 1920s are still in place in many companies today - and it has set the tone for what would-be and current employees think success looks like. Managers are still seen as intimidating people in positions in power, whose job it is to plan, organize, staff, direct, and - most annoyingly - control.

The harsh truth is that these definitions are simply no longer fit for purpose and do not prepare companies for success in the future. In fact, they encourage young people to focus only on honing hard skills, quantitative ability and measurable deliverables that fit the rigid needs of a traditional manager.

In an era where employees worked to complete tasks like data-entry and required regular monitoring, this type of management might have worked. But today, with the advent of AI, the scope of industries is expanding and employee requirements are changing every day. Employees increasingly need to be imaginative, innovative, and think critically to keep up with new industry challenges. Today’s challenges include ensuring that employees and leaders alike are agile, lean, innovative, and engaging. There is a clear mismatch between these values and traditional management.

The Case for Management Innovation

To address the mismatch, Julian Birkinshaw of London Business School introduces the idea of radical management innovation in his book, ‘Reinventing Management.’ The book proposes two distinct models of management: traditional top-down bureaucracy or the “Planning” model and the loose-end, loose-means “Discovery” model. Most companies, like McDonalds and XOM follow the “Planning” model because it can be successful for maintaining stability and profits. But newer companies like Google, Amazon and SpaceX take over and redefine industries, the successes of the “Planning” model are likely to become less viable and less relevant.

Consider this: just a few decades ago, as we entered the industrial era, the two resources that were scarce were capital and labor. Traditional economic theory follows that for a firm to produce output, it needs an adequate amount of both resources. But soon, as people moved from agricultural to industrial areas, both capital and labor became abundant. Today, we’re knee-deep in the knowledge era in which expertise and specialization remain pinnacles of success. But technical knowledge, too, is increasingly becoming abundant. According to the World Economic Forum more people than ever are completing doctoral degrees, with the U.S. leading the pack.

In a post-knowledge era where interconnectedness and the Internet of Things will allow data and information to be at the tip of our fingers, technical expertise simply won’t hold the same sway that it does today. Birkinshaw predicts that as we enter this post-knowledge era, managers and leaders will be chosen based on empathy and implementation abilities as opposed to knowledge and technical expertise.

To help create future leaders and prepare employees for success in new industries, managers today need to encourage collaboration and collective intelligence. Traditional management is no longer viable in a world that’s increasingly changing, with industries that are expanding and altering what humans are capable of.

With AI redefining roles and occupations, managers and leaders now, more than ever, need to add a human touch to the workplace. Companies need to create environments that allow employees to be creative, have pioneering approaches to problem solving, and work together. Empathy, implementation and collaboration will be the key to solving grand challenges. If these changes occur from the top-down, then then the potential that young graduates and employees will aspire to reach could be staggering and far more impressive than the measurable, “hard” capabilities that we typically aspire to today.

Are you leading strategy with your team?