What You Know About Culture Transformation is Wrong - Interview with David White Jr., PhD 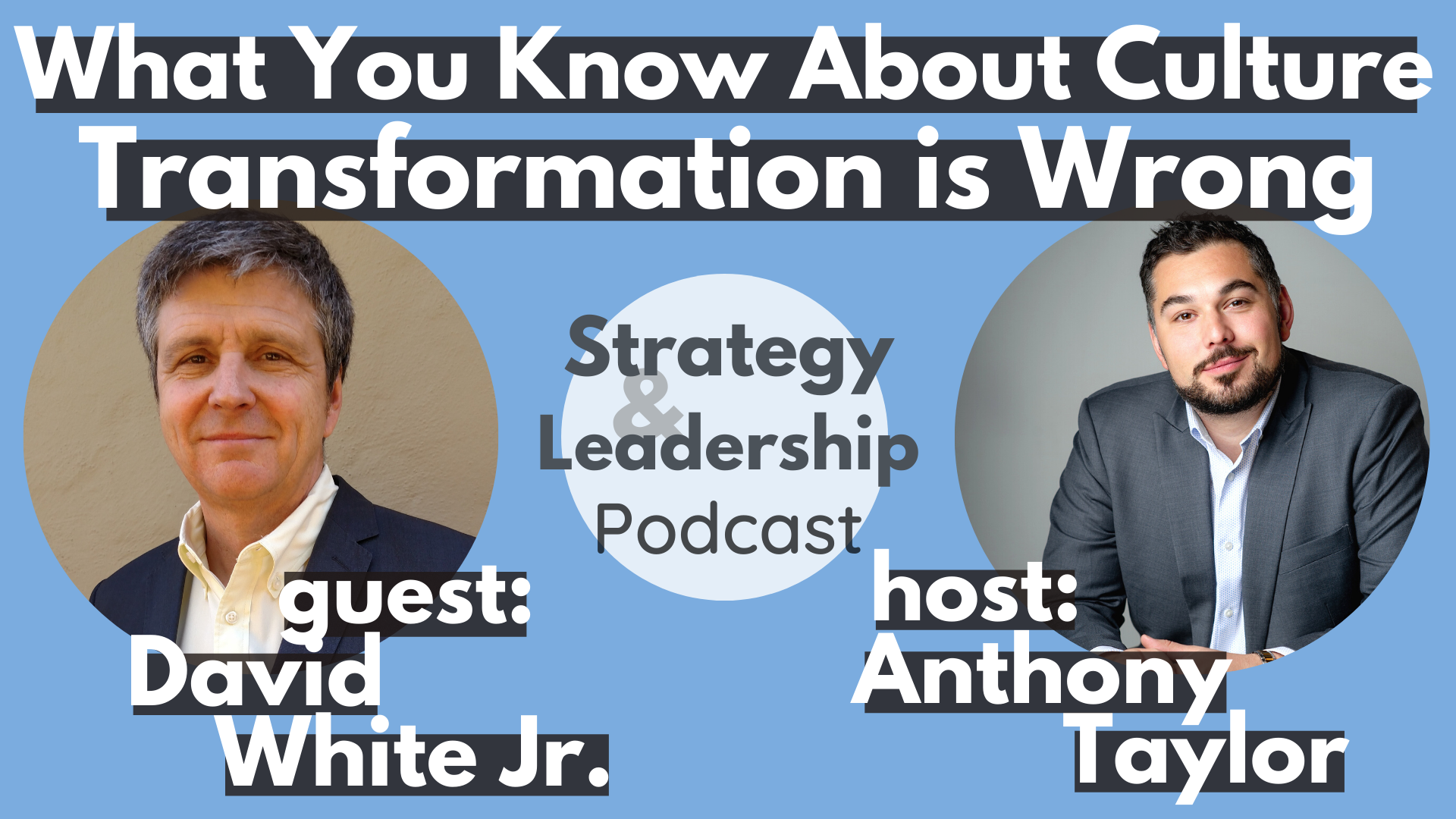 David White Jr. has his PhD in cognitive anthropology and is the author of Disrupting Corporate Culture: How Cognitive Science Alters Accepted Beliefs About Culture and Culture Change and its Impact on Leaders and Change Agents.

Having spent much of his career as Microsoft's Director of People & Organizational Capacity, where he was the co-founder and architect of their integrated talent management and career development system, he's now Partner and co-founder of Ontos Global.

In his work, David specializes in planning and implementing large scale organizational transformations, as well as developing adaptive leaders to do the same.

Here's a breakdown of our conversation:


"Culture is more the lens through which you look at things than what you see".

David explains how the way in which we make sense of the world around us becomes "very apparent" when you do something new like join a new organization or visit a foreign country. You become aware of culture as a reference system and a way of making sense of what happens around you. When you're new, you become hyperaware of these norms and systems that everyone else seems to be operating inside of.

David explains his ultimate goal of making clients aware of the contents of their culture or operating system, and to expose their cognitive patterns. Through a series of interviews and surveys, you can identify patterns in how a group makes sense of the world. These patterns or set of assumptions bring forward attitudes toward risk, which can have an impact on many functions within the organization from hiring to product development.

"If you want to change the way you think, you have to change what you're doing".

One of the most common misconceptions is that "task follows culture", which assumes you can create the culture to get what you want. In reality and based on cognitive science, culture actually follows task. This means the way you think about the world is going to be driven by what you do, and what you do all day shapes how you think.


"The more successful you are, the harder it is to change".

For leaders thrust into a new situation tasked with making a transformation, David's advice is to "try to preserve your separateness as long as possible", because as a leader, one of the most valuable things you can do for a new system that you're in is to observe patterns and provide feedback to that system. Once you get to know the system, you as the leader can see the system as a whole, and in a way that other member of the organization cannot.

"The minute you and I surface our collective assumptions, they're subject to change".

David has learned that 'lip service' is one of the most common things that hampers transformation - understanding the process of change but not willing to do the things that are necessary. Ultimately, you can't transform an organization with talk alone. Real, sustained change requires a change in practice throughout the organization.

David's book is centered around the cognitive science of culture, and uncovers what we know about corporate culture vs. what we thought we knew. Much of what we thought we knew is based on myth, outdated science and just wishful thinking. He also includes some specific examples and case studies throughout the book, which you can get right here: Disrupting Corporate Culture: How Cognitive Science Alters Accepted Beliefs About Culture and Culture Change and Its Impact on Leaders and Change Agents.

To learn more about his work and get ahold of David, visit OntosGlobal.com.