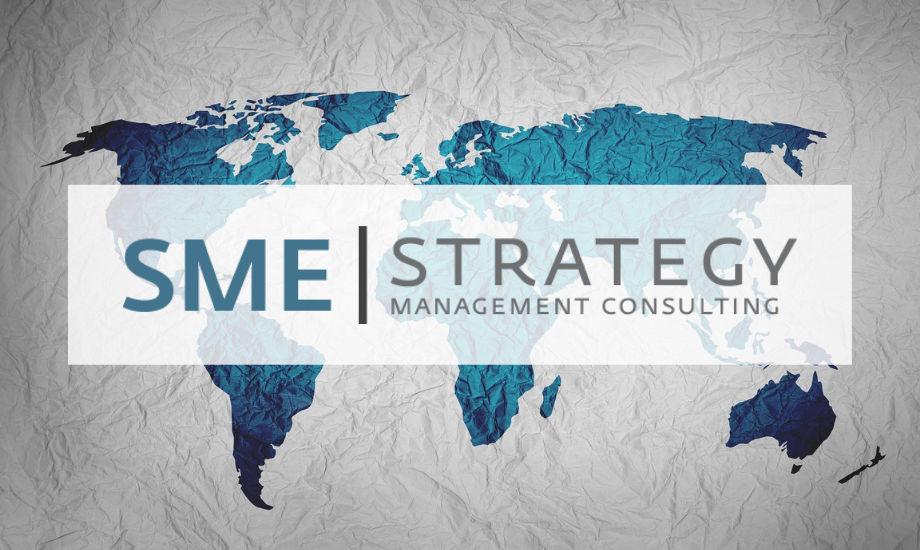 The never ending story of Brexit, American protectionism, and the Yellow Vest movement in France represent rising political risks, impacting organizations around the world. As a consequence, business leaders have to deal with challenging social-political situations and rising political uncertainty in their home markets on top of changing economic conditions regarding employment, finance, growth, and trade. Investment and growth plans have to be continually updated, and recruiting staff can become more difficult, while the cost of inputs like workforce and resources rise. Foreign political developments have the potential to devastate GDP, supply chains, export rate, wages, and more. As an example, the US trade war with China has had a severe effect on business in several countries.

Political risks especially affect the operational business and day-to-day activities e.g. when they lead to a change of customer behaviour or when increasing tariffs make it too expensive to export goods. The resulting political uncertainty can significantly impact an organization’s day-to-day operations, consumer demand and import/export climate. Depending on how high the political risks are and in which markets the firm is operating in, the Harvard Business Review states four different strategies on how to react:

If the level of uncertainty is based on economic conditions like the cost of resources or cost competitiveness of products, the company should choose a hedging strategy and focus on productive activities and functions, which have a high chance of surviving a political crisis. Decreasing sales can be compensated for by lowering the cost of activities and functions. As an example, moving human resources to another location can be safer and more cost effective.

Dealing with a high level of risk in declining markets is especially dangerous for companies that don’t have enough cash reserves to recover from losses in sales. The best option in this case is to adopt a salvaging strategy, which means saving what can be saved by using remaining cash reserves to minimize the damage and try to maintain the assets needed to build up the company again in better times.

If firms are dealing with a limited level of risk in a fast growing market, adopting a re-balancing strategy is advisable. Therefore leadership and strategic assets e.g. headquarters are being moved to another geographical location, but unlike with a hedging strategy, the goal is not to reduce costs but to take advantage of growth opportunities in another location. This strategy aims at capitalizing in a growth region while reducing the risk of operating in an uncertain market by taking costly steps like moving the headquarters to another country.

Similar to the re-balancing strategy, the shifting strategy chooses to relocate productive activities and transversal functions to another location, starting with those which can be relocated at a low cost. Resources can be relocated to more stable markets while minimizing the risk of political uncertainty at the same time. Unlike the re-balancing strategy, the shifting strategy is more radical, strategic and fast-paced in order to reduce exposure to an uncertain market.

In general, there are two different approaches to dealing with political risks. Waiting until the uncertainty dissolves before deciding on one of the strategies bases the strategy on information, but might be too late. Alternatively, there is the possibility of trying to predict the uncertainty and finding possible strategic answers in time. In general, it’s recommended to go for a proactive approach and act as fast as possible to minimize the damage of uncertainty to keep back competitors.

More tips on how to deal with political risks:

Organizations should try to find their path depending on the direction the political uncertainty is developing to and different political scenarios should be discussed and strategic responses prepared to adapt as fast as possible to the conditions of political uncertainty. Organizations should also consider that risks are not only coming from operating on uncertain markets but new risks can come up when relocating parts of the business to another country.

In 2017, Donald Trump and the United States began placing tariffs on billions of dollars of Chinese-made products coming into the U.S. China retaliated soon after, and the two countries have been imposing new tariffs against each other back-and-forth since then. Conceptually, placing tariffs on another country’s goods makes them more expensive for domestic consumers and therefore consumers spend on domestic goods instead. What originally started as a protest of unfair Chinese trade practices has nearly grown into an all out trade war, which would devastate global growth, warns the International Monetary Fund. The impact from tariffs and a trade war can be felt by both foreign and domestic consumers and business, and seldom leaves a clear ‘winner’ once the dust has settled.

As the trade war helps cause China’s growth rate to drop to its lowest since 1992, it is Chinese companies doing business in the U.S. feeling the most stress. Many American retailers and manufacturers are considering moving operations out of China and into neighbouring areas of southeast Asia. The Chinese government can only announce tariffs on a limited amount of American goods, simply because they import less than the U.S. As an alternative to tariffs, China can increase regulation and slow down deals for U.S. companies operating in China, as experienced by mobile-chip manufacturing giant Qualcomm.

In the summer of 2016, 51.9% of 30 million citizens of the United Kingdom voted to leave the European Union. Since the official ‘leave’ day was extended six months, the UK and EU now have until October 31st of this year to reach a deal. Unless the laws are changed or a deal is finalized and approved under new Boris Jonhson leadership, the UK will leave the EU under less than ideal circumstances. The shipping industry could be disrupted by new cargo checks and differing regulations, food retailers could face a shortage of fresh fruits and vegetables due to the UK’s relatively small agriculture sector, and quantities of everything from medicine, electronics and vehicles could be threatened.

Preparing for an economic slowdown is less stressful for big companies who have more resources and the ability to update their functions and change directions. However, small businesses are left more exposed and vulnerable. Many businesses that rely on supplies, ingredients and raw materials from other countries in the EU are now trying to stockpile materials while they still can, and begin looking at other ways to source the products they need.  Many small businesses will be forced to follow in the footsteps of larger businesses and relocate to other EU countries.

After withdrawing in 2018 from the Iran Nuclear Deal known as the Joint Comprehensive Plan of Action, the U.S. re-imposed sanctions on Iran. These sanctions restrict Iran from purchasing American currency, oil, gold, pharmaceuticals, petrochemicals, auto parts and aircraft. Iranians are facing extreme inflation and diminishing economic conditions, seeing their GDP contract 3.9% in 2018 and 6% so far in 2019 according to the Iranian Central Bank and International Monetary Fund.  American and European exporters are also feeling the burn, with Boeing and Airbus losing out on $39 billion in contracts so far.

Foreign companies now run the risk of being sanctioned by the U.S. for doing business with Iran, regardless of their involvement with the U.S. Buyers of Iranian crude oil now have to look elsewhere to buy, and may have to pay the price for increased demand. Restricted to sell to Iran, American auto and aircraft manufacturers may be faced with a supply glut or lower demand, which could lead to layoffs.

Venezuela’s economy has been in free fall for years, with its people experiencing hyper-inflation, blackouts and a lack of food, gas, medicine and household items. Some of President Nicolas Maduro’s socialist policies designed to mitigate inequality have contributed to these shortages, and have led to consumer prices doubling every 19 days on average by the end of 2018. The opposition leader Juan Guaidó is backed by over 50 countries including the U.S., and has made attempts at taking over the army and presidency. The situation has become dire in the once oil-wealthy country, which is experiencing one of the worst emigration crises’ in South American history.

Many Venezuelan businesses are feeling the pressure from price controls, causing many to go out of business or leave the country. The price limits set on food, toiletries and gasoline were designed by the socialist government to make the cost of living more affordable, but have driven many companies out of business or forced them to sell at a loss or in other countries instead.  High-end grocery stores are popping up, selling expensive imported goods and therefore avoiding price limits, but only cater to the middle and upper class.

Starting in 2011, instability in eastern Ukraine eventually led to armed conflict between pro-Russian and anti-government forces.  In 2014, Russia annexed a part of Ukraine called Crimea under the leadership of Vladimir Putin, executing domestic manipulation campaigns that allowed him to succeed. As a result, the US and EU placed sanctions on Russia. Corruption is also a big problem in Ukraine. Government and other institutions are a victim of anti-favouritism, with the same people and families maintaining power, making change very difficult. Known as state capture, this is a problem in many ex-soviet countries battling corruption.

Conflict with Russia led to an economic recession caused by business fleeing the area, devalued currency and the cost of military action.  Ukrainian businesses connected to Crimea now have to be careful to obey western sanctions, with many already choosing to abandon the area. Furthermore, state capture and corruption make it challenging for international companies to operate.