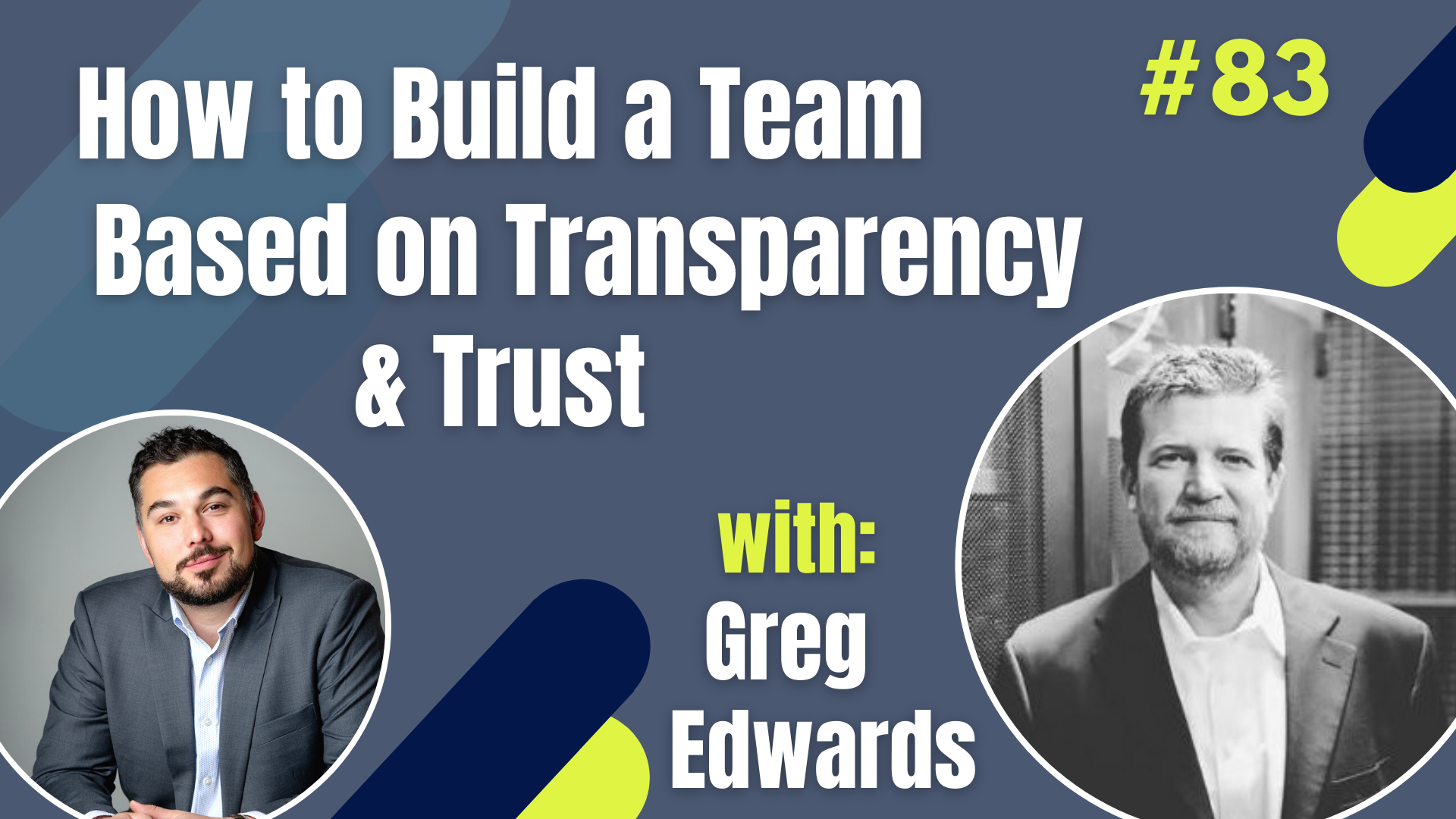 Greg Edwards is the CEO of CryptoStopper, a global cybersecurity firm dedicated to protecting businesses from harmful ransomware attacks. Greg started as an entrepreneur in 1998 at the age of 24, creating a networking consulting business that he still owns to this today. He then went on to start two other companies, one of which was sold to a publicly traded firm.

On this episode of the Strategy & Leadership Podcast, Greg joins us to share his deep background in technology, his learning experiences from being a CEO and President, and more.

Here's a full breakdown of the episode:

Greg shares some of the most important things he's learned from being the CEO and President of multiple companies. The number one thing he's learned? Transparency. He says being consistently transparent with his staff members and leadership team is the key to his success as a leader. He also shares some of the practical examples he likes to put in place, including an all-hands, 'ask me anything' Monday morning meeting.

Having a strategy session soon? Make sure you ask your team these 15 questions first:

Greg's team has always been remote, even before COVID, out of necessity. Working out of Cedar Rapids, Iowa, he enjoys being able to hire from around the country. He has a rule that's helped his team remain more conversational - "if you can put it in Slack, put it in Slack". On top of that, he explains the importance of respecting other people's times. Remain conscious of others' schedules, and don't schedule more time than you need.

Greg believes in hiring with a focus core values (customer value, respect, solution oriented, transparency). At the beginning of the hiring process, aside from laying out the expectations for work, he like to let people know the company values, and that they can reach out to the CEO and founder at any time with a question or concern. He also shares the details of his unconventional vacation policy - take as many as you want while respecting other employees, and take a minimum of two weeks.


Greg shares one of his most significant mistakes made in his career - the acquisition of a competitor in 2006. The competitor was larger, with a team twice the size. They also had a very different structure in place, with a traditional employee/boss mentality. He tried to merge the two cultures in the middle, which ultimately didn't go well.

Looking to create your own strategic plan without needing to hire a consultant?

Cryptostopper is a global cybersecurity firm dedicated to protecting business from cyberattacks and ransomware - a worldwide problem costing businesses billions per year. From 2012 to 2015, Greg says an incredible 20% of his clients were hit with ransomware. Cryptostopper's product stops the actively running ransomware attack in less than a second, killing it on the spot. To learn more, visit their website.